Colluvium is the Bane of my Existence


Upon continuing on with our excavations, my pit crew and I encountered colluvium. This is gravity-transported sediment. And it is the bane of my existence. 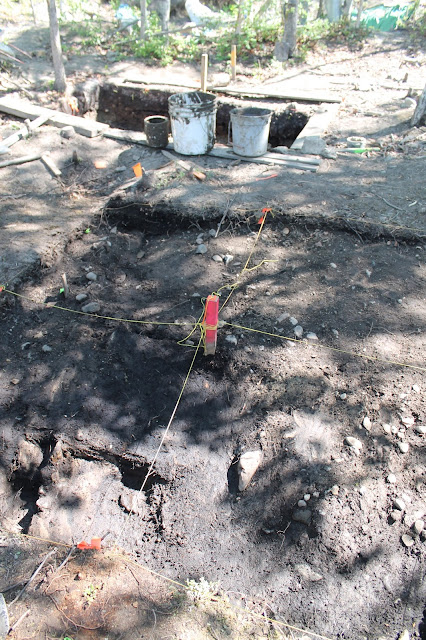 Basically, it is completely construing what could be a sweet hearth feature in our site and making the whole area difficult to interpret. Furthermore, it is making digging a challenge as the bigger pieces should be dug around until we can ascertain with some amount of confidence that they are just colluvium and not the best stone tool to be found ever. Or just a regular stone tool. Whichever. Plus, there’s a bunch of rock in general that gets sifted out of the dirt that is collected and then I have to hum and haw over if it’s colluvium or a flake or something or what. And then I have to bother PhD Mike (he’s working on his PhD on the stratigraphy of the Little John Site and helping Norm manage all of us “budding archaeologists”) even more because I have no idea what I’m talking about to the point that he apparently told Norm that maybe Norm should do a seminar on lithics. Which causes Norm to tell us that perhaps we should review our notes from his presentation. Which causes me to realize that I know nothing and should maybe just pay a bit better attention in general. But c’est la vie?

Pawel found the first lithic artifact today: a basalt, biface flake which is pretty cool and apparently of interest because the timeframe that is is from (Late Prehistoric?) wasn’t known for large flakes. For finding the first lithic artifact, Pawel legitimately got a prize and as Norm handed it to him informed us that there are door prizes up for grabs. I clearly need to find something good.

In my musings one evening as I was trying to stop thinking and go to sleep, I thought that it might be fun to do a video montage of “Common Camp Problems” which Thomas suggested may be more aptly named “Shit Archaeologists Say” (pardon the swearing). So if anyone is a. reading this b. into archaeology and/or camping and c. has ideas for things that we might say in the video montage, please feel free to send them to kalista9@hotmail.com. Some of my favourites so far are:

Swishing my mouth with coffee counts as brushing my teeth, right?

Is that Colin rustling in his tent or a bear?

Is that dirt or a watch tan-line?

However, on that last one, in my case and Tim’s (he has red hair so he has more of an excuse than me, though I swear we’re equally white), it’s always dirt. But the good news is that dirt does come off, eventually. The bad news is that the creek is ridiculously cold and somehow I don’t learn and let Josh convince me to dive in once again into crazy cold water. This was even colder than the lake. 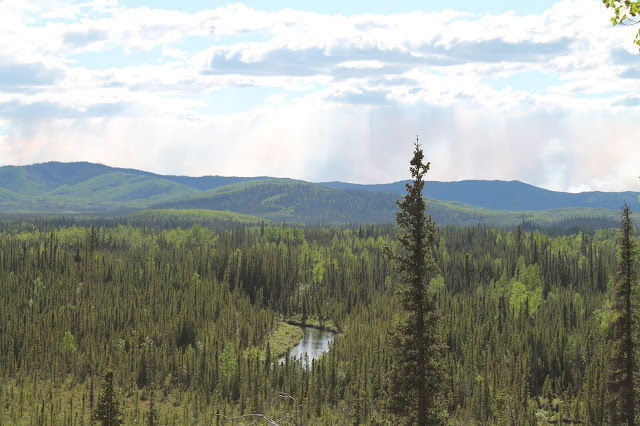 In other news, I have a bug bite on my back that is so large it’s like I grew another vertebrae in my back. Don’t worry, I’m fairly certain that it won’t progress into a hunchback. But only fairly. If I don’t find the best stone tool to be found ever, perhaps my bug bite can get me the starlight I oh so crave?
Posted by Kalista at 18:45