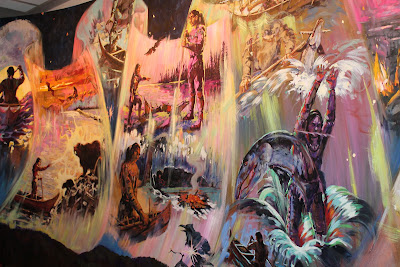 We are planning our meals for out in the field. Apparently our reserves of bacon may become depleted quite quickly.

But in all seriousness, I'm concerned about this whole cooking thing. I have no skills. Poor field school kids who have to deal with my occasional turn at the grill. That's how I get voted off the island.

Things learned thus far: quit while you're ahead. At the Beringia Museum, we had the chance to throw atlatls. For non-archaeologist types, this is the technology between thrusting spears and bow and arrow (which apparently weren't adopted here--in the Yukon, in case you forgot where I am--until 1000 years ago, much later than most elsewhere).

My first throw went surprisingly well, I hit the sabre toothed tiger wood cut out. Peaked early in my atlatl career and managed to get progressively worse. I believe in beginner's luck. 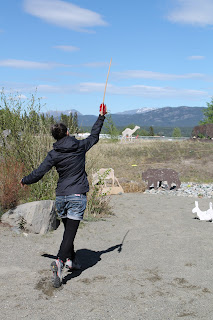 This throw hit a camel. Pretty impressive stuff. Please note this is not me. I have never once in my whole life looked this graceful. 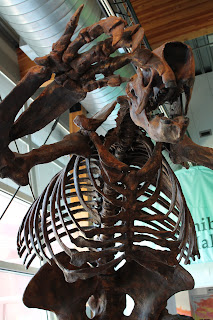 This is a giant sloth, to the right. Also giant beavers, the stuff of legends, were a thing. 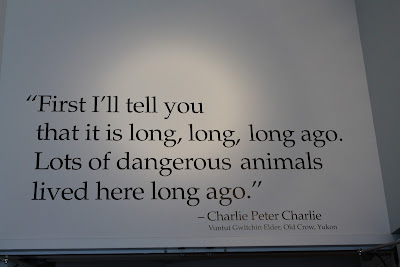 The sleeping bag I brought up, with a measly 5 degrees celsius rating, somehow managed to pass gear inspection this morning. I talked it up, I can wear layers, Mr. Norm, I can wear a toque. Nah, he was chill about it but perhaps I will later regret that when I too am chill. Chilled and with my teeth chattering in my tent.

Today a local joined our group. She will be participating in the field school with us and was nice enough to serve as tour guide for the group. A steep set of stairs later will get you to the cliffs and a view like no other. This is Whitehorse. 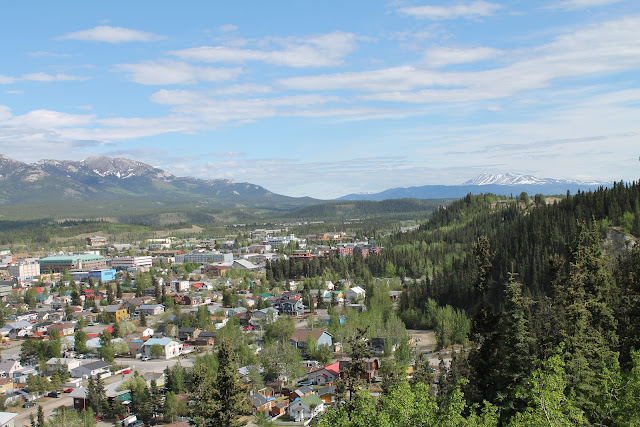